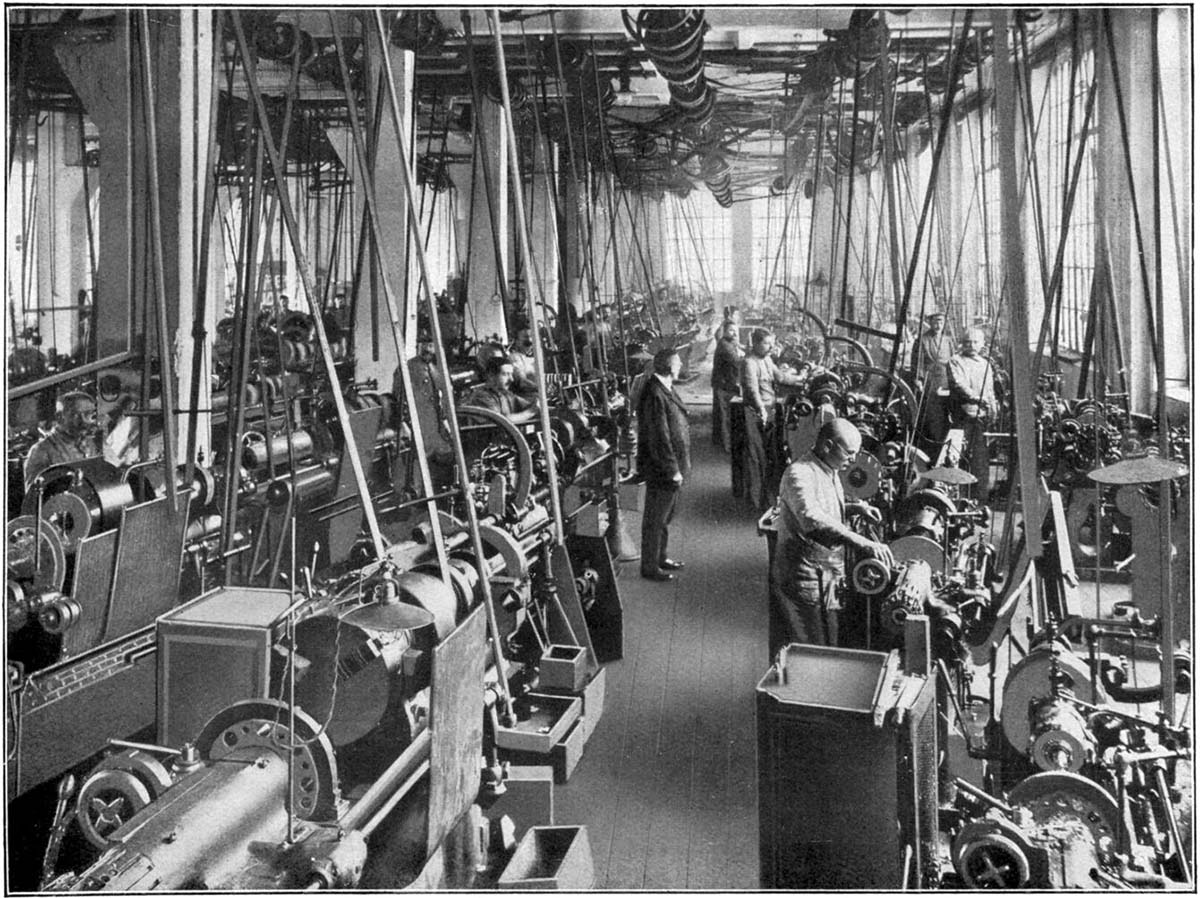 While some corporations were investing in electric dynamos and motors and installing them in the workplace the expected surge in productivity did not come.

Are we seeing the same with the Solar Productivity Paradox?

The potential for electricity seemed clear.

While Thomas Edison and Joseph Swan independently invented the incandescent light bulb in the late 1870s, it was not until 1881, when Edison built electricity generating stations at Pearl Street in Manhattan and Holborn in London, commercial electricity started to become available.

In 1882 Edison was selling electricity as a commodity with the first electric motors driving manufacturing machinery.

Yet by 1900, almost 20 years after the first serious electric solutions appeared in industry, less than 5% of mechanical drive power in American factories, and less outside north America, was coming from electric motors. The age of steam lingered for the next thirty years.

A steam-powered factory was been awe-inspiring.

The mechanical power came from a single massive steam engine, which turned a central steel drive shaft that ran along the length of the factory.

Subsidiary shafts, connected via belts and gears, drove hammers, punches, presses and looms. The belts could even transfer power vertically through a hole in the ceiling to a second or even third floor.

Belt towers enclosed them to prevent fires from spreading through the gaps. Everything was continually lubricated by thousands of drip oilers.

Steam engines rarely stopped. If a single machine in the factory needed to run, the shaft had to turn, all the belts move and the coal fires needed to be fed.

Some early adopter factory owners did replace steam engines with electric motors, drawing clean and modern power from a nearby generating station.

But given the investment involved, they were often disappointed with the savings. Until about 1910, most entrepreneurs looked at the new electrical drive systems and opted for good old-fashioned steam.

To take advantage of electricity, factory owners had to think in a very different way. They could, of course, use an electric motor in exactly the same way as they used steam engines. It would slot right into their old systems.

But electric motors could do much more. Electricity allowed power to be delivered exactly where and when it was needed.

As electrical technology developed, every workbench could have its own machine tool with its own little electric motor.

Power wasn’t transmitted through a single, massive spinning drive shaft but through wires.

A factory powered by steam needed to be sturdy enough to carry huge steel drive shafts. One powered by electricity the factory could be light and airy.

Steam driven factories were dark and dense, packed around the shafts. New factories, based on electricity, could spread out allowing volumes of space and windows allowing natural light and air.

In the old factories, the steam engine set the pace. In the new factories, workers could do so.

Factories could be cleaner and safer – and more efficient. Machines needed to run only when they were being used.

But you couldn’t get these results simply by ripping out the steam engine and replacing it with an electric motor. You needed to change everything – the architecture, the production process and the way owners and workers thought about the way they did business.

And because workers had more autonomy and flexibility, business owners had to change the way they recruited, trained and paid.

Of course they didn’t want to scrap their existing capital. But maybe, too, they simply struggled to think through the implications of a world where everything needed to adapt to the new technology.

In the end, change happened. It was unavoidable.

Trained workers could use the autonomy that electricity gave them. And as more factory owners figured out how to make the most of electric motors, new ideas about manufacturing spread.

During the 1920s, productivity in manufacturing soared in a way never seen before or since.

You would think that kind of leap forward must be explained by a new technology. But no – electricity and electric motors were then 50 years old. What changed was industry finally figured out how to use the technology.

Renewable electricity – the next leap forward

Today there is not a business where electricity is not used to drive the core of their business.

Industry has access to truly innovative ways of creating electricity to drive their businesses efficiently yet continue to focus on just one element – cost. The Solar Productivity Paradox is that there is an enormous opportunity to change the way we do things to drive change yet industry keeps on doing things the old way.

I hope we do not need to wait another 30 years before onsite renewable energy production, and the innovations this can drive, becomes a core design feature of new industrial architecture.

Queensland Government Releases Details For “Reverse Auction” of up to 400MW of solar.