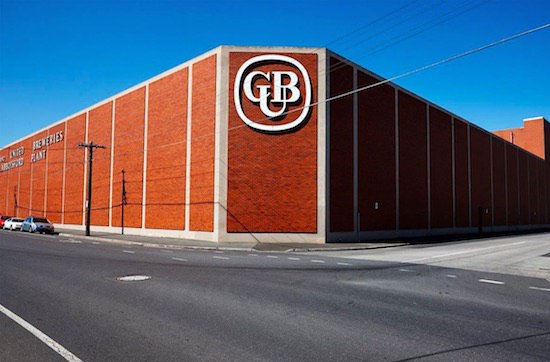 Australia’s biggest brewing company, Carlton & United Breweries (CUB), has begun its shift to 100 per cent renewable energy by signing a contract with the new 112MW Karadoc solar farm in Victoria.

The deal with German renewable energy developer BayWa will be closely followed by rooftop solar at all the brewing company’s sites in Australia, part of a plan to reach the 100 per cent target by the end of this year and to lock in lower electricity costs.

“This represents an important step in CUB’s commitment to 100 per cent of its electricity being sourced from renewables,” says Jan Craps, the CEO of CUB.

“As one of Australia’s first and leading manufacturing businesses, we have a responsibility to ensure we play our part in tackling climate change and a range of environmental challenges.”

The push by CUB to 100 per cent renewable energy extends the growing list of businesses, including major manufacturers and large energy users in Australia and overseas, to turn to wind and solar to lock in low electricity costs.

“Beyond our driving commitment to reduce our emissions, the investment also stacks up when you look at the reduced price we will pay to power our operations,” Craps says.

“Moving to renewable energy will ensure that we have certainty of supply and pricing, something that is incredibly important for a manufacturing business like ours.”

Already, UK billionaire Sanjeev Gupta has unveiled plans to roll out more than 1GW of solar, plus a new “world’s biggest” battery near Port Augusta and pumped hydro storage as part of his plans to revitalise the Whyalla steelworks and slash that plant’s electricity costs by 40 per cent.

Gupta plans a similar rollout at its steel operations in Victoria and NSW, while Queensland zinc refiner Sun Metals will soon open a 116MW solar farm to help underpin its expansion plans and keep a lid on costs.

Telstra, one of the country’s big electricity users, has signed contracts with the huge Murra Warra wind farm in Victoria – along with ANZ and CC Amatil – and has also signed a contract for the soon to be completed Emerald solar farm in Queensland.

The push by CUB is part of a global push by its owner Anheuser-Busch In-Bev, to aim for 100 per cent renewable energy for its entire operations by 2025, as we reported here.

But CUB’s head of sustainability Jan Clysner, said he hoped to reach 100 per cent by the end of the year, once the Karadoc solar farm is completed and the rooftop solar installed. “It’s a bit of stretch, but that’s how we get to the best results,” he told RenewEconomy.

“It makes sense commercially, and it’s the right thing to do for the environment. That’s why we are pushing as fast as possible.”

Clysner said the use of solar would lower the electricity bill compared to what they pay today, but wouldn’t reveal details of the contract with BayWa.

Brewers around the world are following suit. MillerCoors has contracted solar in California, and Heineken has a 70% renewables target for 2030.Currently it’s at 23 per cent.

In Australia, any number of boutique brewers are taking similar paths – both for environmental credential and to lower electricity costs. These include Collingwood-based Stomping Ground Brewing Co, Young Henry’s and Bright Brewery.

CUB has signed a 12 year power purchase agreement for less than half of the output of the Karadoc solar farm in Mildura, but says this will account for nearly 90 per cent of its total electricity needs. The rest can be met with rooftop solar.

The deal with BayWa is the result of a tender by Foster’s for the delivery of its renewable energy needs. A total of 15 different companies were talked to, both wind and solar.

The solar farm is being built now by Melbourne-based Beon Energy Solutions. It says all facilities will remain on-grid.

Does Solar PV as an Investment have a high ROI?