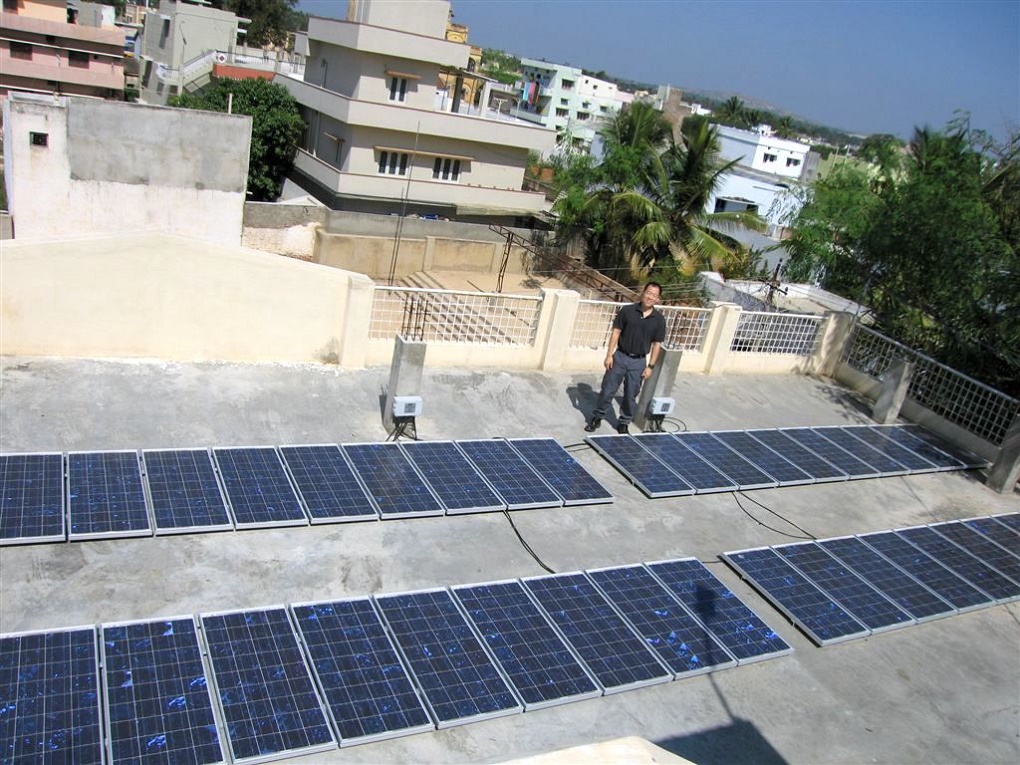 Residential housing societies in India have one more reason to ditch diesel generators (DGs) and adopt rooftop solar for power backup. A new policy paper titled Solar Rooftop: Replacing Diesel Generators in Residential Societies by the Centre for Science and Environment (CSE) analysed five housing societies in India and found that it is not just easy to replace polluting diesel generators with the solar power systems, but is a big cost saver as well.

“In all the residential societies that CSE studied and analysed, the cost of power from solar rooftop with battery backup was found to be about half the cost of power generated by DG sets (if only the diesel cost and maintenance cost of DG sets are considered). This alone should make residential societies move away from the extremely polluting diesel generators and adopt solar rooftops to meet their power backup needs,” said Chandra Bhushan, deputy director general, CSE.

According to the study, the cost of power generation from solar range from INR 6 (USD 0.09) to INR 9 (USD 0.13) per unit, which is almost half the cost of power from DGs, which works out to be INR 17 (USD 0.25) per unit. This is a conservative estimate where only diesel and basic maintenance costs of DGs are considered. If the capital cost of a DG (which is often included in the cost of building) is included, the cost of its power turns out to be between INR 27 to INR 33 per unit, which is almost three times more expensive than solar power.

The study examined the feasibility of solar rooftops in residential societies across Delhi, Haryana, Uttar Pradesh and Rajasthan. CSE’s research was aimed at understanding the economic considerations including financing and generation cost; architectural and roof space preferences; building by-laws; and constraints experienced by various stakeholders including customers, government agencies and distribution companies (discoms).

Both the models of solar installation — CAPEX (capital expenditure) and RESCO (renewable energy service company) — were studied. In the CAPEX model, a consumer purchases a system as she would purchase any other electronics item, by making 100% of the payment upfront or financing the system through a bank. In the RESCO model, the consumer can install a solar power plant and not pay anything upfront. A power purchase agreement is signed between the installer and the consumer at a mutually agreed price or tariff.

In both the models, solar turned out to be 50% cheaper. Under CAPEX, investment for installing solar rooftop is made by the societies who also own the system and are responsible for the its operation and maintenance. In RESCO, the installation is carried out by the developer who then owns the entire system and the societies pay a pre-decided tariff to the developer under a long-term contract of 20-25 years.

The study also found that 3 GW of solar rooftop could be installed on new residential societies over the next five-seven years. This can be key to reaching the government’s ambitious target of 40 GW solar rooftop to be achieved by 2022.

In a country that has a large population that still doesn’t have access to electricity and the rest that faces frequent power outages, DGs of total cumulative capacity of 90 GW have been installed as reliable power backup. But, the study found that in some large Indian cities, power supply has improved considerably with outages as low as 20 minutes per day on an average. Given this, most of the DGs in these cities have become redundant or little used.

The CSE study found that as power outage from the grid reduces, in turn the cost of power generation from DGs increases and that from solar rooftops with battery storage becomes more financially attractive.

“DG backup has become increasingly redundant because of reducing power outages in cities,” said Priyavrat Bhati, programme director, energy, CSE. “We must realise that full back-up was considered a basic need by upscale societies when the outages often lasted several hours a day.”

The CSE paper concludes that for most societies, solar rooftop would be able to meet the basic load for individual flats (partial load in industry parlance, which covers lighting, fans and some communication and entertainment appliances) along with essential area loads.

However, there are several challenges in installing solar plants on residential rooftops, several developers pointed out. Ritu Lal, Vice President, Business Development, Amplus Solar, said it is not just challenging to convince people to sign on a long-term contract of 15-20 years, but there is lack of financial security for the developers. “Twenty years is a long time. What if an owner suddenly decides to stop paying, what do I do in that case? The plant is sitting on his site,” Lal said.

This story was published with permission from The Third Pole.

NSW has long played second fiddle to Queensland when it comes to rooftop solar.

Climate Change – despite the cold, the world is definitely getting warmer