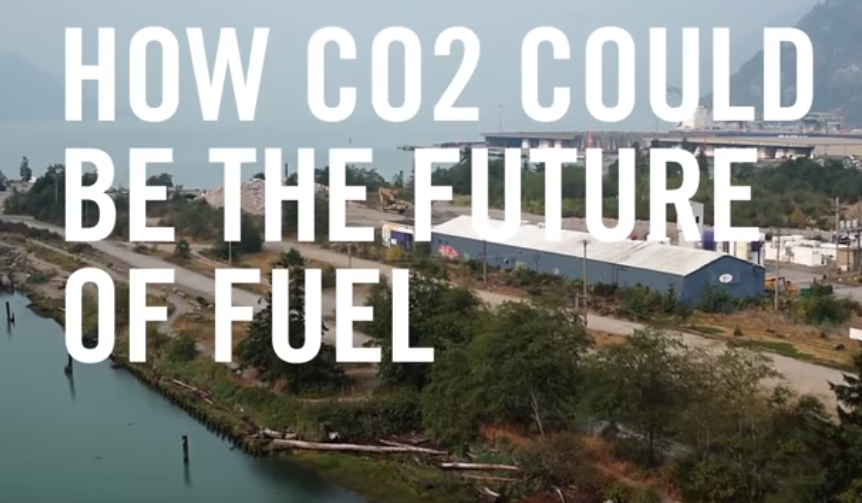 This video arrived in my inbox (https://youtu.be/Mb_8DJF6Hp0) and the title “How CO2 Could Be The Future Of Fuel” grabbed my attention with my involvement in the development of a grey water to hydrogen plant.

Carbon capture to produce artificial fuel is a well-known and proven technology. This video makes the technology seem simple, easy to implement and low cost. It is, however, just a ‘demonstration’ plant on an industrial scale.

The driver of this type of technology is the fact energy density of combustible hydrocarbons (fuel) is just that much higher than that of even the best batteries. Probably the toughest application is aviation fuel which, I suspect, will remain a traditional hydrocarbon play for the foreseeable future.

There are a lot of large-scale combustible fuel production plants now in operation. The most developed is electrolysis of grey water to Hydrogen and Oxygen with Hydrogen distribution networks now reaching early maturity in Europe.

The process to capture carbon dioxide and to convert it into usable artificial fuels, like all fuel production plants, requires a very large amount of energy. This means it is only viable where the energy supplied is from a renewable resource in the first place. If we are going to use energy produced by a coal fired generation facility it is a pointless exercise.

For my scientist friends, the law of physics, conservation of mass and energy, tells us to produce energy dense fuel we need to consume the same amount of energy. Here are some excellent scholarly articles located at https://scholar.google.com.au/scholar?q=vice+co2+recycling&hl=en&as_sdt=0&as_vis=1&oi=scholart

The production of artificial fuels is a real thing. It’s not, however, a simple ready-to-go solution. Electrolysis of grey water to hydrogen and oxygen is a much better solution, well developed and Hydrogen has well developed distribution networks in many countries.

The main game has been feeding the grid with renewable energy from sources such as solar, wind, hydro and other locally available sources.

Hydrogen is the next big step with high energy density artificial fuels covering specific needs, such as aviation fuels, covering the rest.