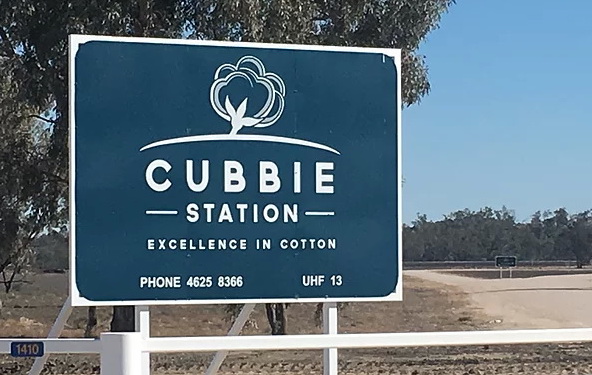 Australian cotton farmer Cubbie is seeking to meet the majority of its energy needs with renewables, starting with the construction of a 3.6MW solar farm near Dirranbandi, in Queensland.

US Nasdaq listed company VivoPower said on Monday that its wholly owned Australia subsidiary, Aevitas, had been chosen to build the solar project at Cubbie Station – the largest irrigated cotton farm in the Southern Hemisphere.

The Cubbie Solar Farm will be owned by a subsidiary of Cubbie, and will generate enough electricity to supply 40 percent of the Station’s energy needs during the peak cotton ginning season, running from April to September.

But that is just the beginning of the company’s renewable energy plans. The cotton grower’s longer-term goal is to expand the solar farm to 7.2MW and add battery storage.

And on its website, Cubbie says its ultimate goal is to provide power to the nearby towns of Dirranbandi and St George in south-west Queensland.

As we wrote here almost two years ago, the potential for solar to power energy-intensive farming applications like irrigation around the country is huge – and the need, even greater.

“I see hundreds of irrigation pumps out there, connected to filthy diesel,” said Queensland-based solar installer Matthew Beech at the time.

“We firmly believe that the only reasons there hasn’t been more uptake (of solar) … is that it hasn’t been sold very well to the end user.”

But the transition is happening. In 2105, a cotton farmer in Moree, NSW, added a 70kW ground-mounted solar array with backup battery storage to its diesel engine direct drive pump, with the aim of cutting its diesel consumption by 60 percent.

And just this week, a trial led by business energy retailer Flow Power, with the UTS’ Institute of Sustainable Futures, showed how much a Victorian almond grower could save on energy costs using not just renewables, but demand management technology. At Cubbie Station, the 80,000 hectare property uses 19,000 for irrigated farming with cotton going to the onsite Ginnery (pictured above), which was upgraded in 2017.

Cubbie also plants cover crops of wheat and chickpeas, when the opportunity arises.

“This important contract is further confirmation of the strong growth outlook for Aevitas from solar and other tailwind drivers in Australia,” said VivoPower CEO Carl Weatherley-White.

“Technical advances continue to drive the competitiveness of solar power generation and battery storage, and we have seen increased interest from our customers for similar solutions,” said Phil Lowbridge, from Aevitas.

Construction of phase one of the project is scheduled to begin in October 2018, and be in operation by the end of the year.