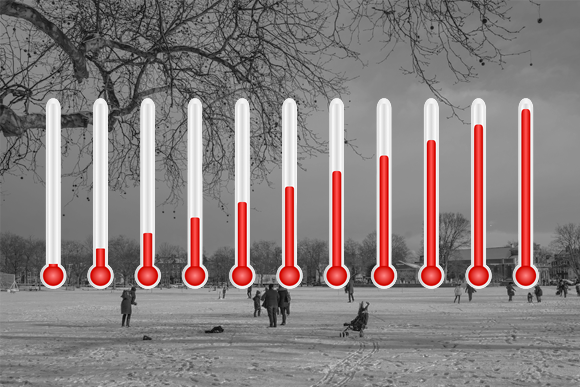 Don’t be fooled by the Climate Change deniers, the “Beast from the East”. A new video brings together data from more than 100,000 weather stations to show how the planet is warming

Even when it’s cold outside, global warming is happening

It may not seem so this week, but the world is getting warmer.

With the “Beast from the East” bearing down on the UK, certain predictable voices – step forward, Mr Farage! – have piped up to mock the idea of global warming.

“Large parts of central London have no salt on the roads,” Farage posted on Twitter. “Perhaps they are all so convinced by global warming they never thought any would be needed.”

He is, of course, wrong on two counts. Not only is extreme weather like the current snowstorm possibly linked to global warming – and likely to become more frequent as the planet heats up – but it’s also a fluke.

A new video produced visualises the highest and lowest temperatures ever recorded at over 100,000 weather stations around the world – and there’s no doubt the world is getting warmer. 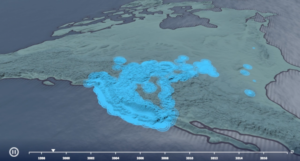 Beginning in the late 1990s, the data visualisation shows cold spells across, for instance, the west coast of the US in 1998.

But it also shows heatwaves—including “blistering highs” across the same region in the summer of 2002. 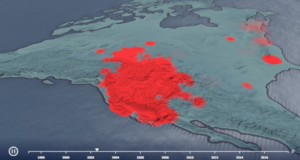 But charting all the hot and cold temperatures over the last twenty years shows a clear trend.

Which means however cold it is outside, the evidence is incontrovertible: the world is getting hotter.

Neoen to go ahead with 130MW of Solar in Australia with ARENA and CEFC backing.