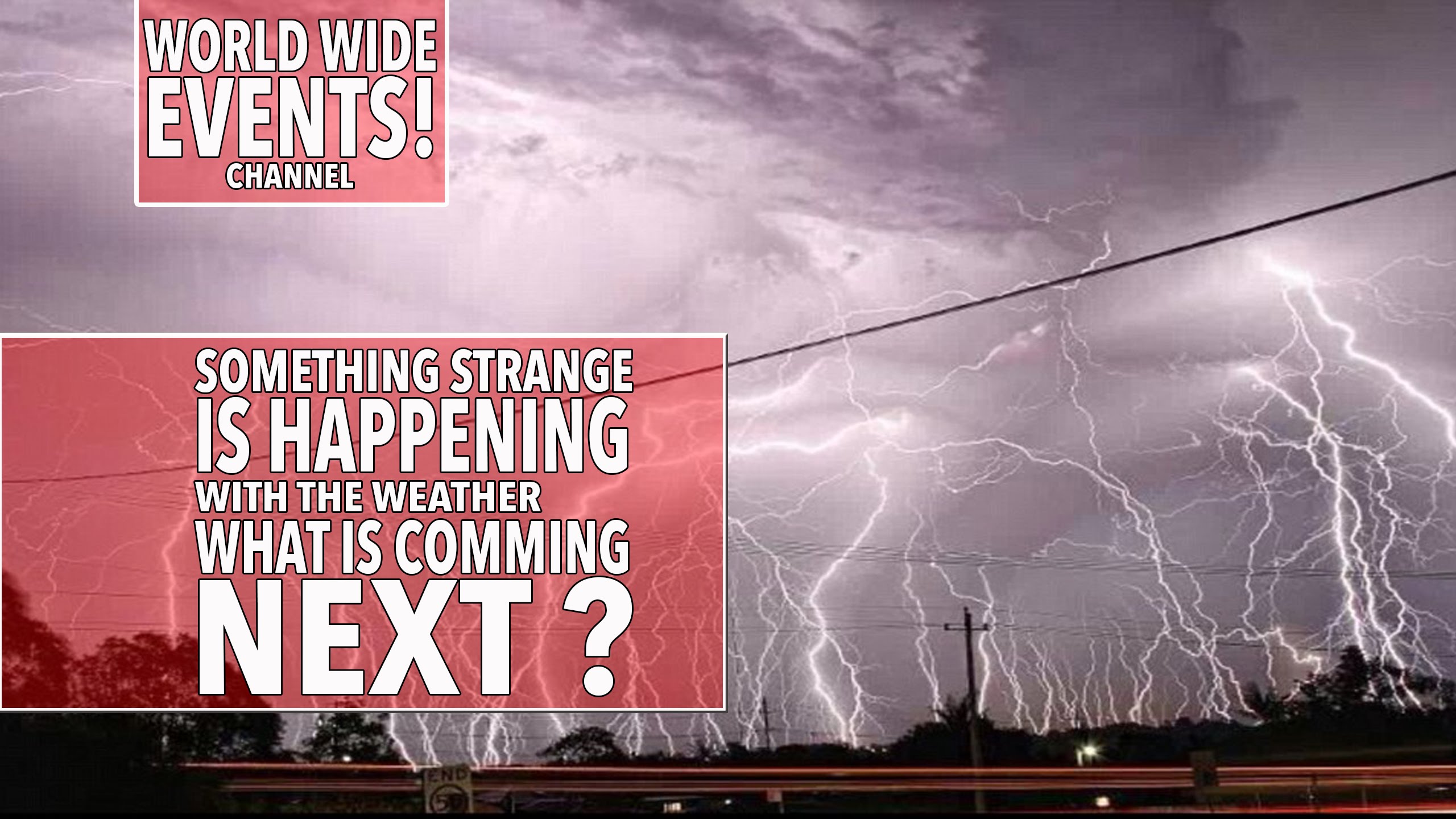 It was a year of extreme weather events, wetter than average overall, and the fourth-warmest on record for Australia, according to the Bureau of Meteorology’s Annual Climate Statement 2016

It was a year of extreme weather events, wetter than average overall, and the fourth-warmest on record for Australia, according to the Bureau of Meteorology’s Annual Climate Statement 2016 released today.

“The year started off very warm and dry, with bushfires in Victoria, Tasmania and Western Australia, and a nation-wide heatwave from late February to mid-March. We had our warmest autumn on record partly due to a very strong 2015–16 El Niño,” Mr Plummer said.

“In May the El Niño broke down and the dry start was followed by record wet from May to September as a negative Indian Ocean Dipole developed, with ocean waters warming to the northwest of Australia. Widespread, drought-breaking rains led to flooding in multiple states. Even northern Australia saw widespread rainfall, during what is usually the dry season, greening regions that had been in drought for several years,” he said. 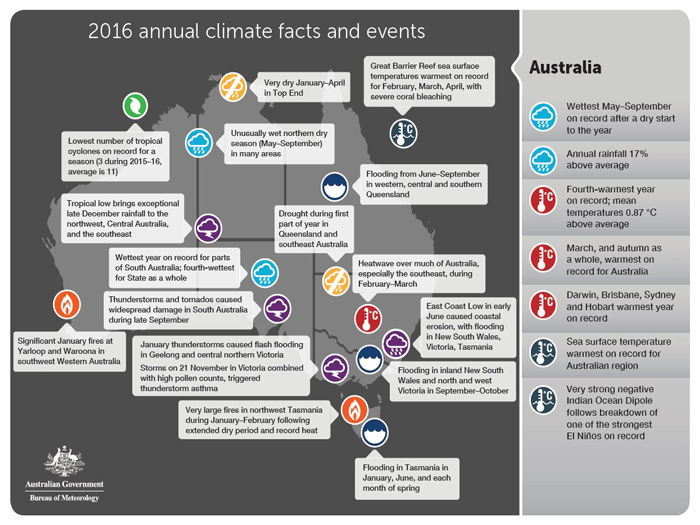 For Australia as a whole, annual rainfall was 17 per cent above average.

Notable events during the wet period included an East Coast Low in June, causing flooding down the east coast of Australia to Tasmania, and damaging coastal erosion in New South Wales. There were also significant storm and wind events which affected the southeast.

In the Murray–Darling Basin, already wet soils and full rivers meant rain caused flooding in many areas throughout September and October.

Australia was warmer than average in 2016, with a national mean temperature 0.87 °C above average, and it was the fourth-warmest year on record.

Sea surface temperatures around Australia were the warmest on record in 2016, and were 0.77°C above average.The World Meteorological Organization figures have announced that 2016 is very likely to have been the warmest year on record for global mean temperatures.

The Annual Climate Statement is available on the Bureau’s website. 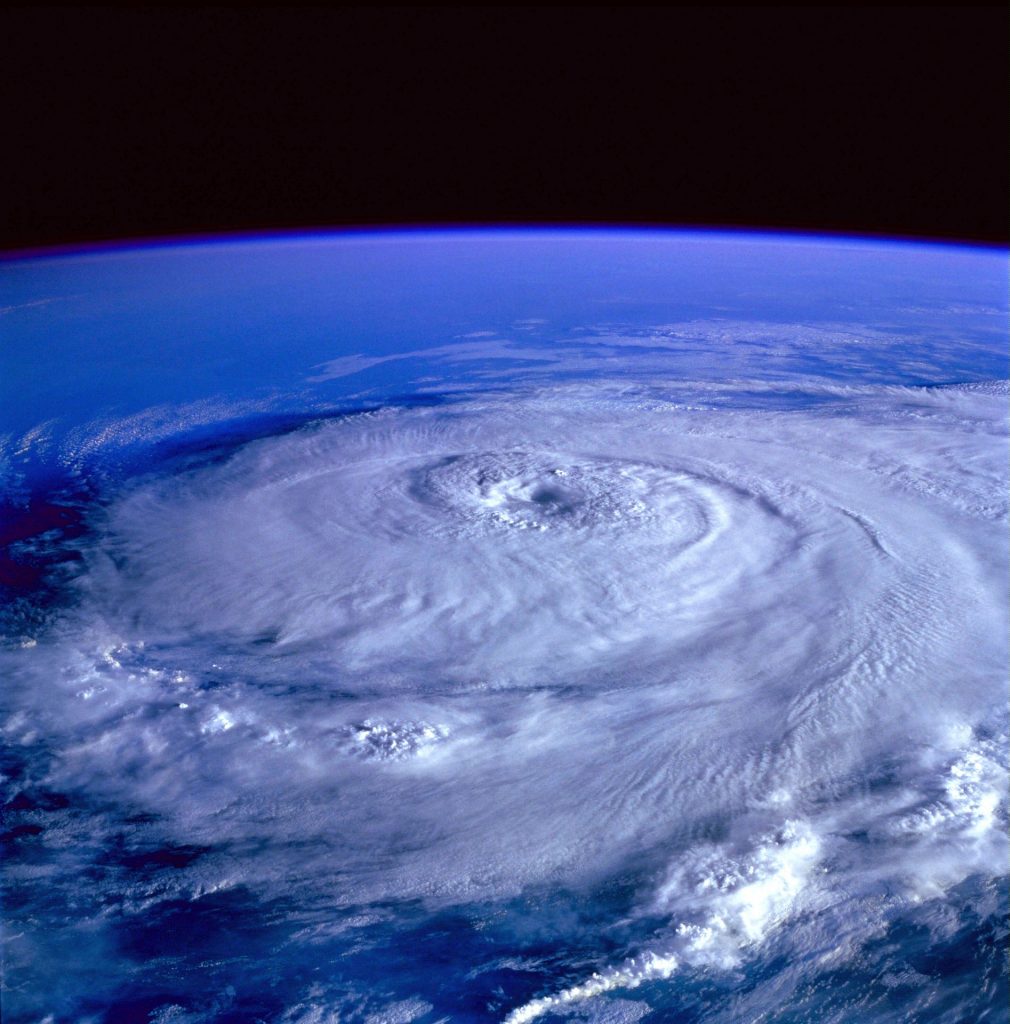 Climate Change – despite the cold, the world is definitely getting warmer